The cricket encounter between the two teams representing the Department of Foreign Affairs and Trade Australia (DFAT) and the High Commissions of Commonwealth countries based in Canberra has been played since 1966. This year the Commonwealth team comprised of players from Sri Lanka, India, Pakistan, Bangladesh, New Zealand, and Royal Commonwealth Society (RCS).

Mrs Harinder Sidhu special representative of the Secretary/ DFAT participated   in the event as the guest of honour, while H.E. Babar Amin, the High Commissioner of Pakistan, Mrs.  Maureen Hickman, President of the Royal Commonwealth Society(RCS), Mr. Kantilal  Jinna, Secretary of the Royal Commonwealth Society(RCS)  and Mr. Tony Muthukumaru, son of late Major Gen. Anton Muthukumaru were among the guests who  graced the occasion.

The DFAT team won this year’s match displying their superb performance in all departments in the game.   The awards ceremony was held at the conclusion of the match after brief opening remarks made respectively by Mrs. Harinder Sidhu, special representative of the Secretary/ DFAT, Mrs.  Maureen Hickman,  President/RCS followed by brief remarks recalling  the history of the cricket match by  Anton  Muthukumaru Jr.   The trophy was presented to the winning team  by Mrs. Harinder Sidhu  and  Mr. Tony  Mutukumaru. The families of the participating teams and the staff of the Sri Lanka High Commission were present at the event.

The gold coin donations collected at this year’s event will be donated to Domestic Violence Crisis Service which is an inclusive service working with  children, young people and adults  in  Canberra ACT.

This year’s Annual Cricket encounter is another milestone in the continuous engagement to further strengthen diplomatic cooperation among the Commonwealth countries based in Canberra and the Department of Foreign Affairs and Trade through cricket diplomacy. 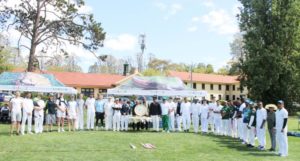 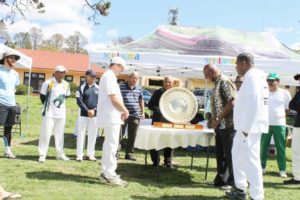 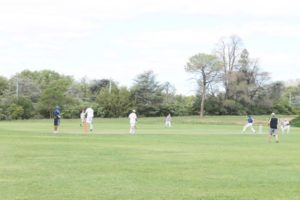 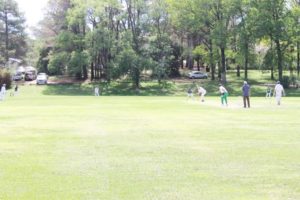 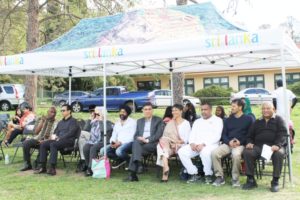 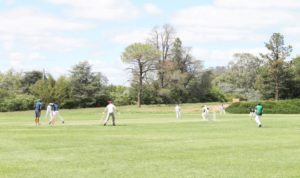 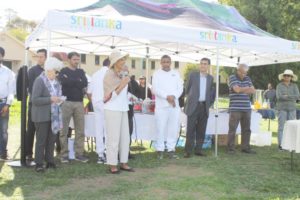 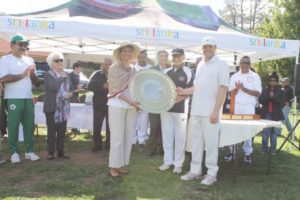 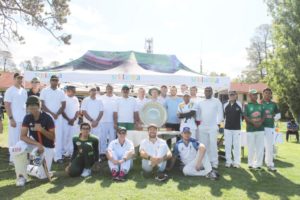