Visit to Australia by Mr. Gotabaya Rajapaksa, Secretary, Ministry of Defence and Urban Development to Co-Chair at the Second Joint Working Group on Human Smuggling and other Trans-national Crime 21st to 23rd April 21014, Canberra, Australia 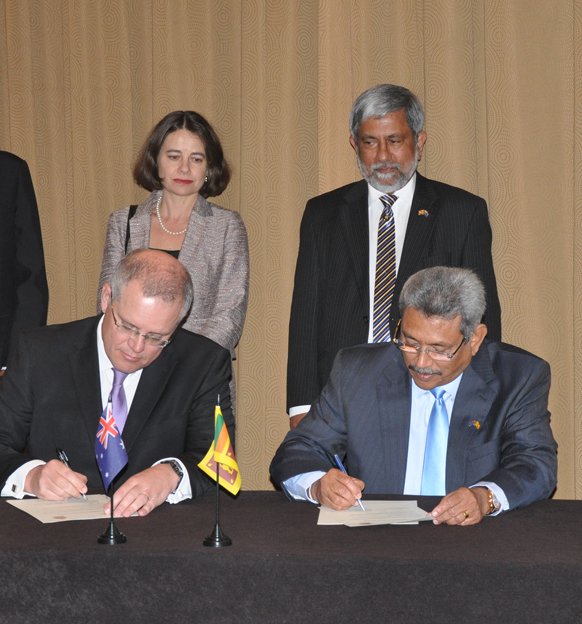 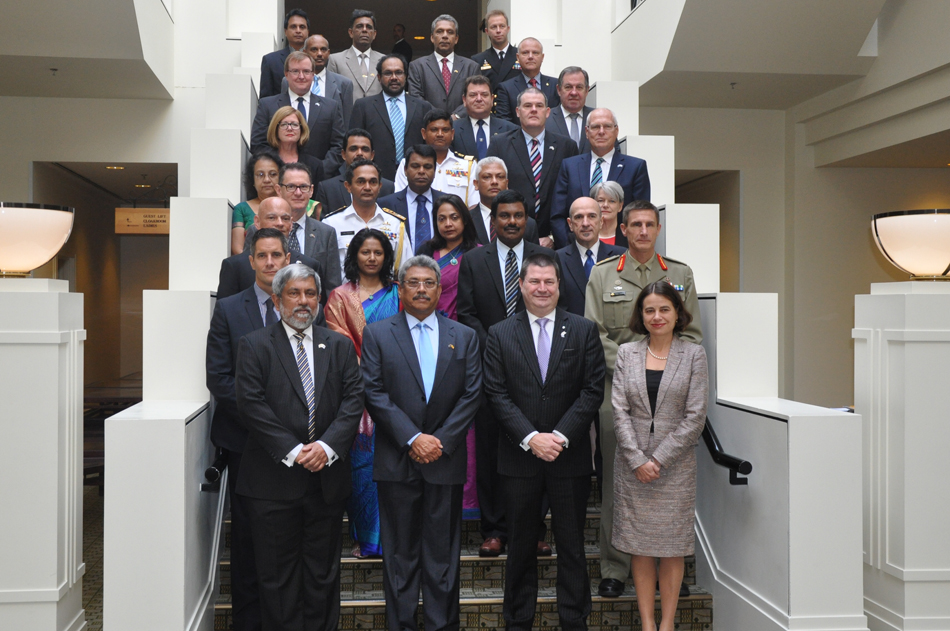 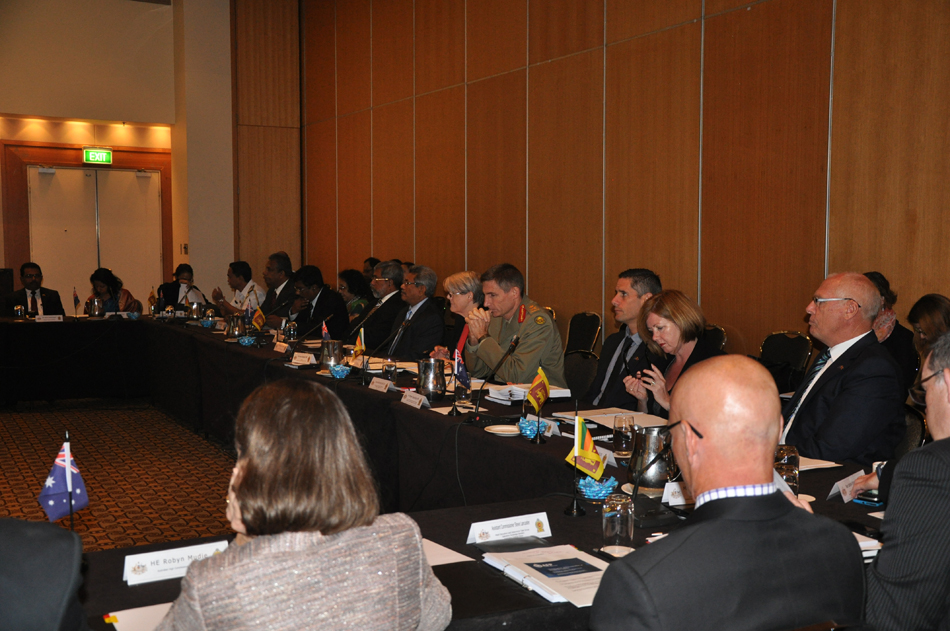 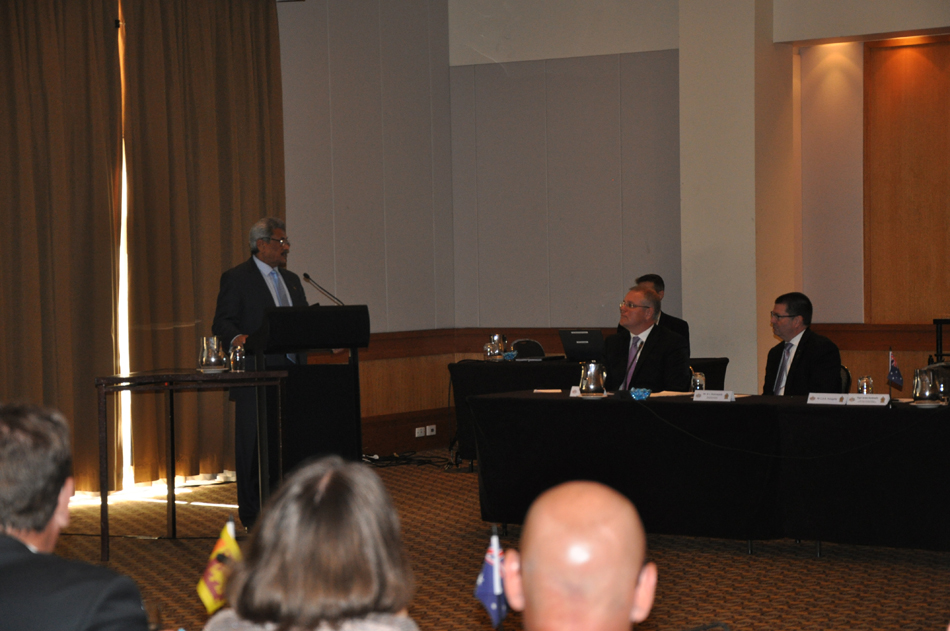 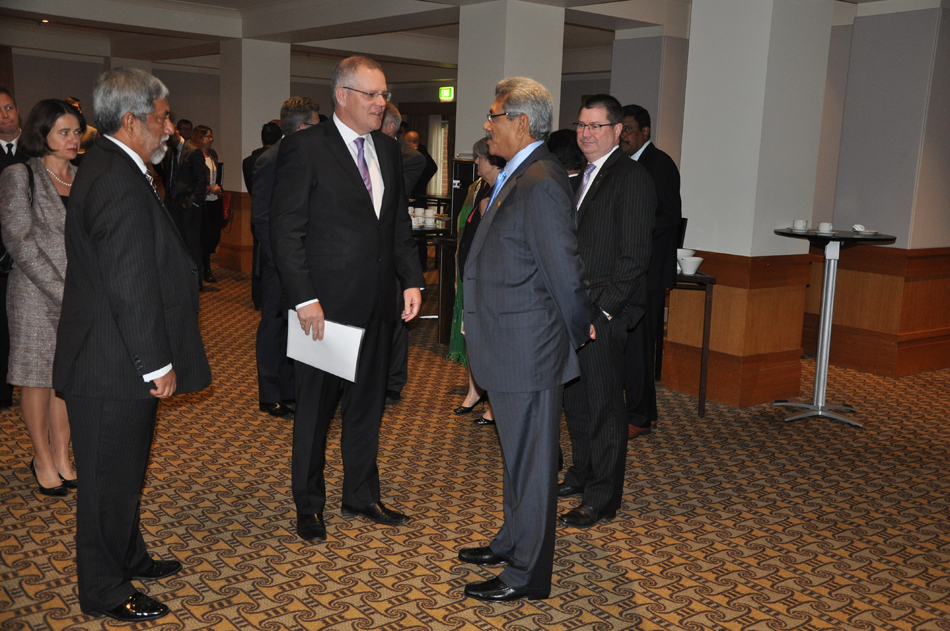 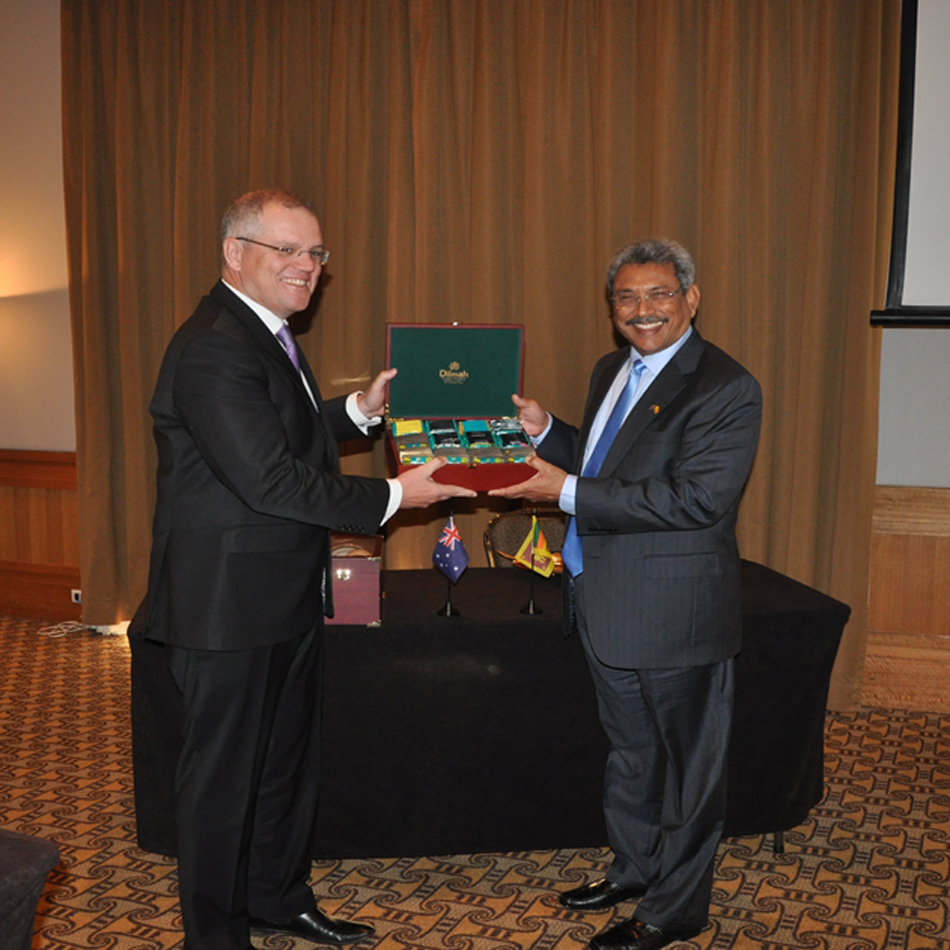 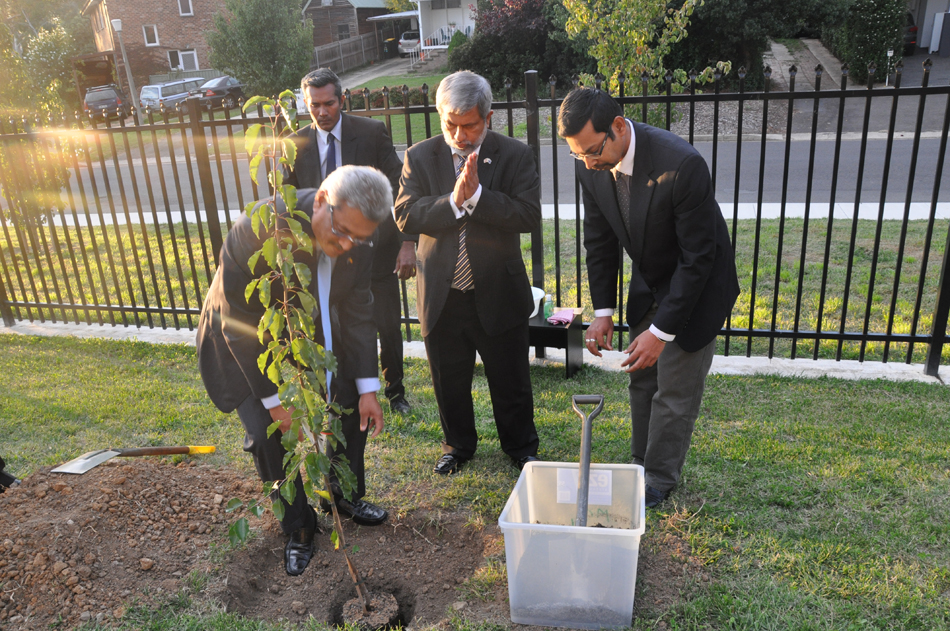 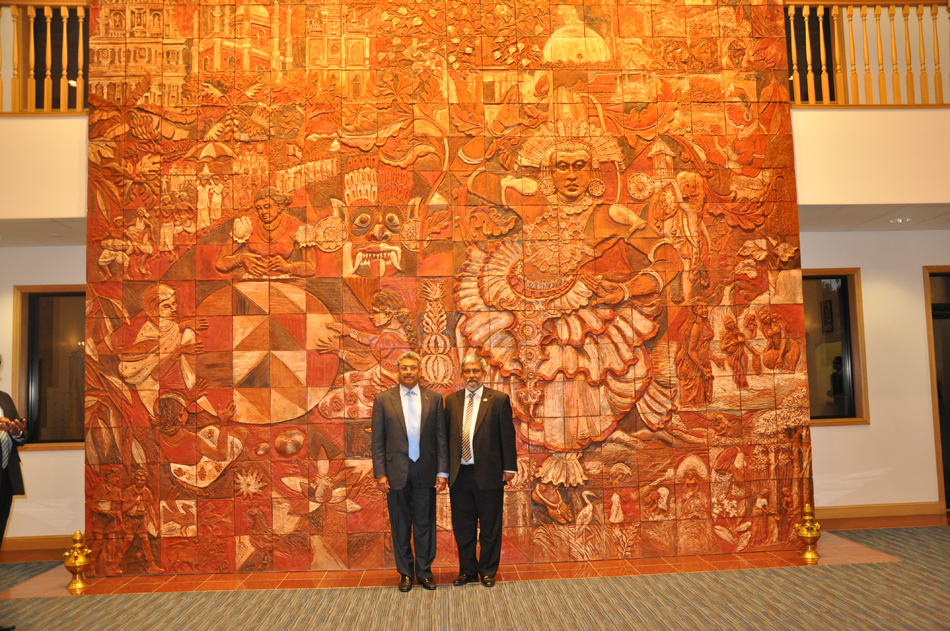 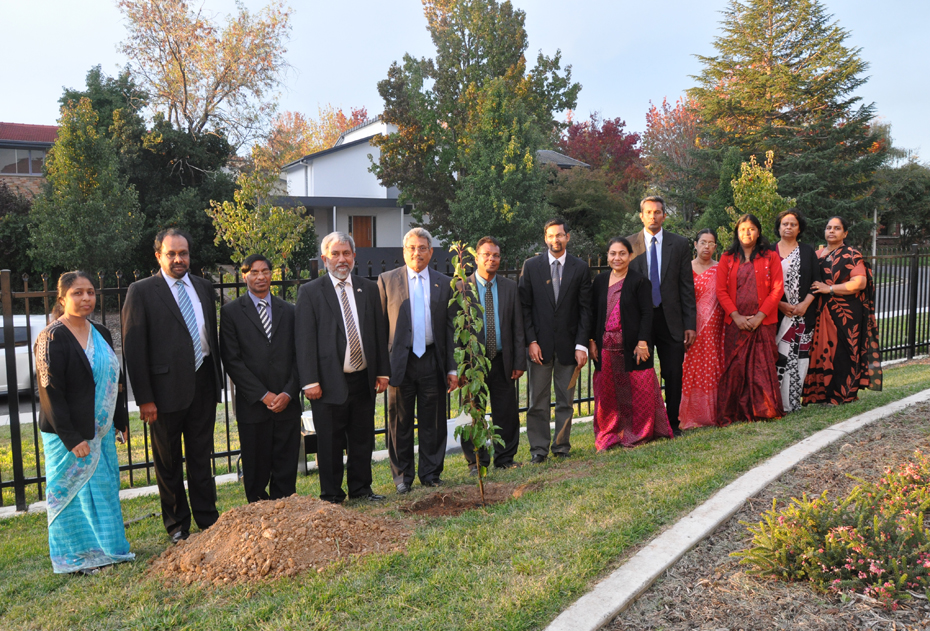 On the invitation of the Government of Australia, Mr. Gotabaya Rajapaksa led a senior delegation for the above Second Joint Working Group (JWG) which was successfully concluded under the Co-Chairmanship of Mr. Martin Bowles, Secretary, Department of Immigration and Border Protection.

Highlight of the proceedings was the historical signing of the transfer of deeds of the outright gifting of two Bay Class Patrol Vessels by Australia to Sri Lanka .  The deeds were signed by Hon. Scott Morrison, Minister of Immigration and Border Protection and Mr. Gotabaya Rajapaksa, Secretary/Defence in the presence of the two High Commissioners of the respective countries.

Addressing the JWG gathering, Hon. Scott Morrison, thanked the Government of Sri Lanka for the genuine effort of the Ministry of Defence and the relevant agencies, specially the Sri Lanka Navy for helping the Government of Australia in combating human smuggling.   Hon. Minister emphasised the fact that Sri Lanka-Australia relationship should now focus on other fields of development and progress.  Hon. Minister also acknowledged the post conflict achievements of Sri Lanka as solid.

Responding to the Minister, Secretary/Defence Mr. Gotabaya Rajapaksa thanked the government of Australia for the invaluable gift of two naval vessels which would invariably improve Sri Lanka’s capability in  border protection.  He also emphasized the sharing of important evidence for the mutual benefit and the value of capacity building in all spheres of the relevant agencies.

Secretary/Defence also endorsed  the model and the mechanism that was followed by this JWG where exchange of views and engagement of several relevant agencies being very productive and educative.  He congratulated both parties of the JWG  for gaining lot of ground within a short period of time and for agreeing to be a part of other similar regional mechanisms where both countries could engage effectively.

Secretary/Defence Mr. Gotabaya Rajapaksa also thanked the Government of Australia for the bold decision of not co-sponsoring this year’s human rights resolution on Sri Lanka.

Secretary/Defence during the visit met following Senior Officials and discussed and shared important information of mutual interests and agreed to work towards further cooperation :-

It was evident from all interactions that the Australian government, at the highest level was appreciative of Sri Lanka’s success of defeating 30 year brutal terrorist conflict and the subsequent post conflict achievements.

It was also revealed that government of Australia considers accountability and human rights concerns should be addressed within an internal mechanism and not by any international investigation as suggested by other countries.  Australian side indicated that they would render all possible assistance to Sri Lanka in this regard.

The visit of the Secretary/Defence to Australia at an important juncture has positively raised the level  of cooperation between the two countries and understanding the challenges that Sri Lanka faces due to unsubstantiated and unfounded allegations with bias attitudes.